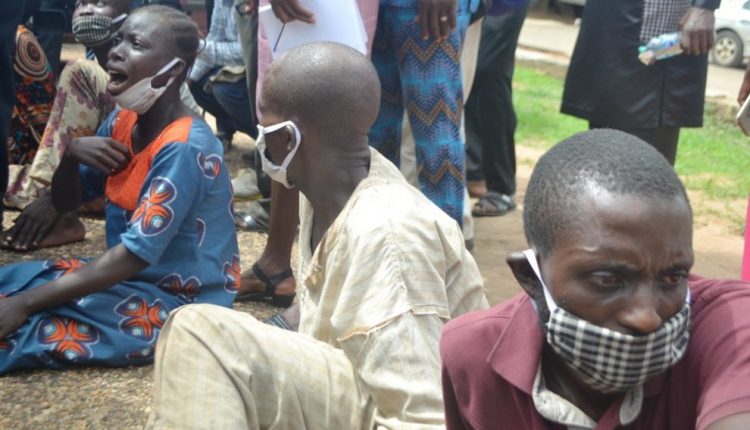 Oyo State police has paraded seven suspects linked to the kidnapping of the two-year-old twins of a popular Ibadan cleric, identified as Alhaji Taofeek Akewugbagold.

Shina Olukolu the Commissioner of Police in the state while parading the suspects made up of six males and a female, said N2, 863,000 was also recovered from them.

The News Agency of Nigeria reported that the twins of the cleric were kidnapped on April 25 at gunpoint at their parent’s residence at Alphonso area, Ojoo, Ibadan, at about 8pm

The cleric attributed the arrest to the quick response of men of the Special Anti-robbery Squad (SARS), Anti-Kidnapping Squad (AKS), other police tactical teams and the support received from the public through credible information.

Report has it that as soon as the incident was reported at Ojoo Police Station and later transferred to AKS Eleyele/SARS office, Dugbe, Ibadan, a team of operatives swung into action immediately

The abducted babies were, however, released unhurt eight days later after their father had parted with an alleged sum of N4 million as ransom to the hoodlums as part payment  for the demand of .N50 million  before they would be released.

“The gun used for the operation, the two operational vehicles and one motorcycle were also recovered from them,” Olukolu said.

The commissioner said the female member of the gang was detailed to take care of the twin while in captivity.