KHAFI IS A SEX ADDICT, PLEASE HELP ME- GEDIONI CRIES OUT 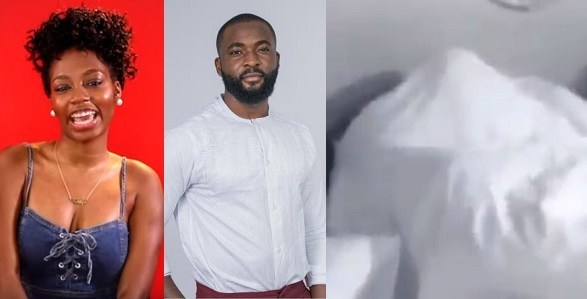 The BBNaija love-birds had on three different occasions been caught in the house having sex.

The inseparable pair had been caught on camera having passionate sex under the sheets while other housemates were fast asleep.

However, Gedoni during a conversation with Frodd and Ike on Tuesday revealed that Khafi disturbs him every night.

He said he purposely eats kiwi most nights so he can get some space because of she’s is allergic to it.

Gedoni said, ”Every night, she go dey disturb me, sometimes I go just deliberately carry kiwi put for mouth, she is allergic to it so she go kon free up.”

Meanwhile, Khafi had claimed she was celibate for eight years after her conversion to Christianity.

She was quoted as saying, “I was celibate when I was like 17 years and for 8 years after I became a Christian.”

“When I became a Christian, I just saw myself in a whole new light,” Khafi told Gedoni.