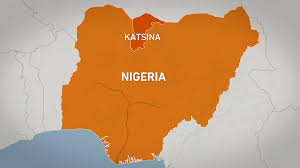 Haruna Musa Mota, a former caretaker chairman for Jibia Local Government Area of Katsina State, has been arrested over alleged ties with bandits.

The arrest was confirmed by Gambo Isah, the  Katsina police spokesperson.

Isah,  added that Mota was arrested for allegedly aiding and supporting bandits functioning in the state and had already been charged to court.

Although the police spokesman did not reveal when Mota was arrested and arraigned, other sources said he was arraigned before a senior magistrate court on Friday.

The PPRO said he was also said to have been remanded in a Katsina correctional center pending the time the police would finish with the investigation on his case and when the state Ministry of Justice would issue legal advice on his case.

It was further learned that Mota could have been arrested and arraigned over a leaked audio interview he allegedly heard with some bandits over last December abduction of 344 students of Government Science Secondary School, Kankara.

Although the students were later freed by their abductors, controversy trailed circumstances surrounded their freedom.