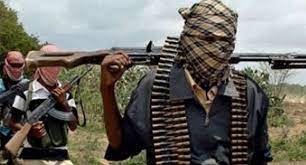 Three gunmen alleged to be bandits were killed by residents of Magamar Jibia border community, Katsina State on Sunday.

NEWSNAIJA learned that the gunmen had stormed the community on vehicles and motorcycles around 11 pm on Sunday and invaded the house of one of the residents.

The victim reportedly raised alarm prompting the residents who were mainly youths to mobilize and confronted the bandits.

It was further learned that the youths overpowered the gunmen who then made a retreat to the nearby forest where they came from.

The youths reportedly killed three of the bandits while the rest escaped to the forest.

A community leader who pleaded for anonymity said, “The youths killed three of the bandits. In fact, they burnt two of the bandits to ashes while the corpse of the third bandit was removed by the police this morning (Monday).”

SP Gambo Isah, the  Spokesman for the Katsina Police Command, was yet to react to the incident by Monday afternoon, although another community leader in the area, Gide Dahiru confirmed the incident.

Gide said, “Yes, the bandits came on Sunday night but the residents confronted them, leading to the death of three of the bandits. The rest of the bandits escaped back to the forest.”

A visit to the border community on Monday afternoon, however, showed that normalcy had returned.