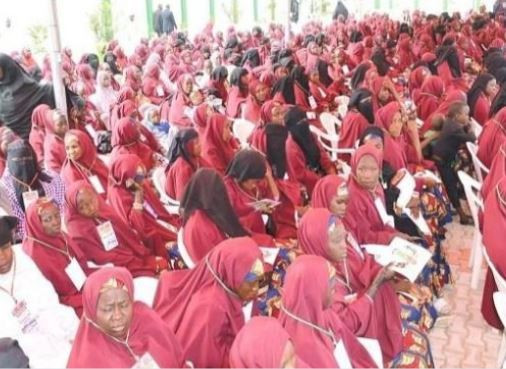 Kano State authorities on Sunday released a statement that it spent over N300 million on a mass wedding for 1,500 couples within the state.‎

The wedding ceremony which was presided over by the Ameer of Kano, Muhammadu Sanusi II and Gov. Abdullahi Ganduje at the Kano Central Mosque.‎

Commenting after the ceremony, Gov. ‎‎Ganduje stated that the gesture was geared towards addressing issues related to high rate of widowed youths in Kano State. He urged the newly weds to uphold the trust reposed in them by the State, and also appealed to the rich in the society to partner with the State Government in this good cause.

The Governor hinted that the couples who benefited from this scheme were selected and screened from all the 44 LGAS in the State. He further noted that over N300 million was spent in sponsoring the weddings, including the various gift items which include complete sets of beds, home mirrors, wardrobes and mattresses being given to the beneficiary couples. Grooms were also assisted with N20,000 to pay their bride’s dowry.
‎
‎The Emir of Kano urged the grooms to treat their wives kindly and ‎be reminded that Islam forbade beating or abusing marriage partners. In response, Ali Habu and Aminu Bala, who spoke on behalf of the beneficiaries commended the State Government for this great gesture.