JUST IN: POLICE FIRE SHOTS AT #FREESOWORE PROTESTERS IN LAGOS 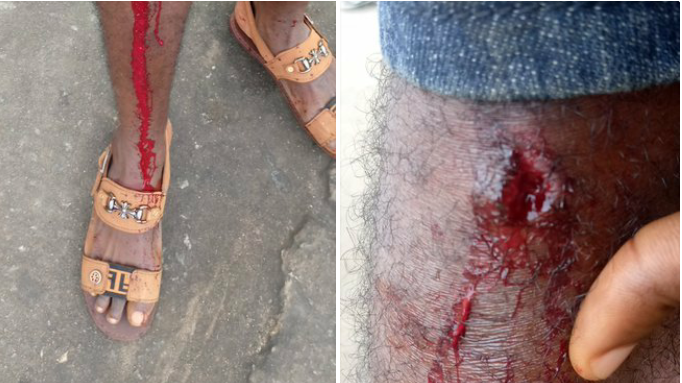 Despite the arrest of 2019 Presidential aspirants and leader of Revolution now campaign, Omoyele Sowore, protesters took to the streets of lagos today August 5th headed to the national stadium.

It was themed a peaceful protest by the followers of the revolution now movement and well meaning Nigerians until police officers began opening fire upon the protesters, in a bid to disperse them. Some protesters however have sustained bullet injuries while others fled for dear life.

We are attacked by the @PoliceNG outside the national stadium few minutes some of us were arrested .#RevolutionNow#FreeSoworeNow
@segalink @adeyanjudeji@I_Am_Ilemona pic.twitter.com/YbYrTukgWF

Recall earlier that the Nigerian Police force had stated that any protest of such will be considered an  act  of treason and is punishable by law.

Do you consider this an infringement on the rights of Nigerians?  please tell us in the comment section below or visit  our Twitter page @newsnaijalive to vote.

One thought on “JUST IN: POLICE FIRE SHOTS AT #FREESOWORE PROTESTERS IN LAGOS”