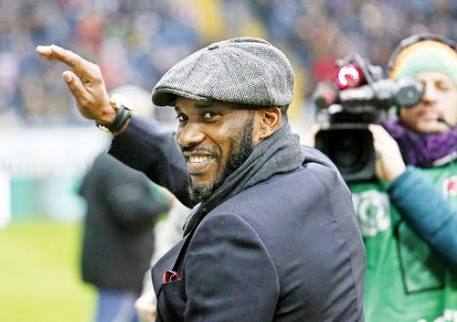 Veteran footballer Austin Jay-Jay Okocha has been issued an arrest warrant by a High Court seating in Lagos for alleged tax fraud.

The former Super Eagles player and PSG captain is said to have failed to settle a tax evasion case brought against him in 2017, he has been again issued an arrest warrant by the Lagos state High Court in a ruling  delivered by Justice Adedayo Akintoye.

According to the latest report , the former Nigeria international was accused of alleged tax evasion, which forced the court to issue a bench warrant. The Lagos state government had accused Him of tax fraud which he reportedly failed to settle two years ago. The Lagos state High Court judge first made the order on January 29 following an application by the Lagos State ministry of Justice

Okocha has however denied all allegations of tax evasion or any tax fraud.