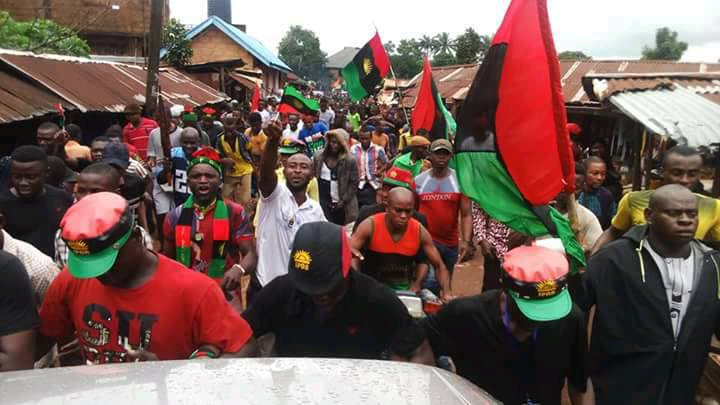 About five soldiers and four members of the proscribed Indigenous People of Biafra have been feared dead after a clash in Oyigbo and other parts of Rivers State.

This brings to seven the number of IPOB members who reportedly died during the #EndSARS and police brutality protest in the state.

The IPOB members were said to have engaged in a shoot-out with a joint security team comprising soldiers and police deployed to stop their activities in Oyigbo, Rumuokwurusi, and other flashpoints areas.

Nyesom Wike,  the Rivers State Governor in a state broadcast on Friday condemned activities of the group despite the 24-hour curfew imposed on the Oyigbo council area.

Wike said, “This evil, wicked and audacious action resulted in the unnecessary loss of lives, including soldiers and police officers, and the destruction of both public and private properties, police stations, court buildings, and business premises, etc.”

NEWSNAIJA learned that the IPOB members and soldiers clashed from Thursday night till Friday evening.

Charles Ekeocha, Spokesman for the 6 Division, Nigeria Army, and Port Harcourt, when contacted for comment on the matter was unreachable as he didn’t answer calls to his mobile at the time of filing this report.

Meanwhile, the state police command said two cops were killed, four police stations burnt and over 50 vehicles set ablaze by suspected IPOB members who attacked the Oyigbo community and other areas in the state.

Joseph Mukan, The state Commissioner of Police, made this known when he led commanders of other security agencies in the state to the Oyigbo council area on Saturday.

Nnamdi Omoni, the spokesman for the state police command, in a statement, said the Commissioner of Police had ordered a full-scale investigation into the incident with a view to appending and prosecuting the culprits.

The CP condemned the attack on public and private property, describing it as ‘ill-conceived, most unfortunate and an ill wind that would blow no one any good,’ while condoling with the families of the slain operatives.