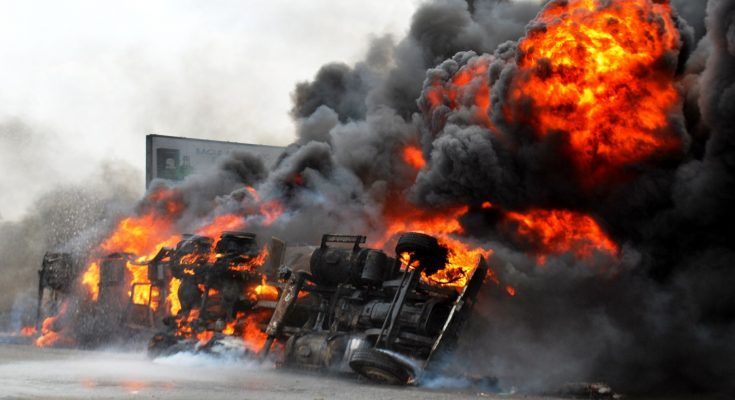 The explosion which occurred at the Irete area by Forte Oil Filling Station has left the people in the area in shock.

However, the origin of the explosion was yet to be ascertained but our source who visited the accident scene learned that the driver of the tanker and a woman, said to be coming back from a nearby market, died in the explosion while many others were injured.

Kingsley Eke, who was an eye witness, said if not for the prompt intervention of the men of the State fire service, the explosion would have destroyed a lot.

Eke said, “They would have destroyed a lot thank God for the prompt arrival of firefighters. It sad that we lost two persons in the fire,  the driver and a woman but Others have been rushed to a hospital.”

When contacted, Orlando Ikeokwu, the state Police Public Relations Officer, who confirmed the incident said only one death confirmed at the time of filing this report