I6 PEOPLE KILLED, OVER 2,000 HOUSES DESTROYED IN BAUCHI FLOOD 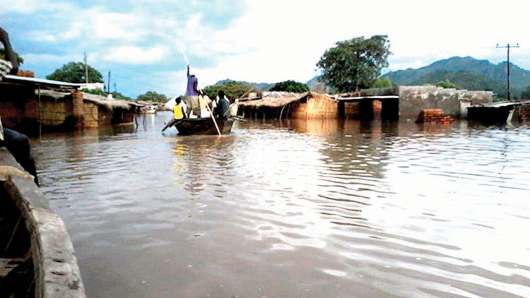 Not less than 16 persons have been killed and over 2,000 houses destroyed by floods in Bauchi State since the beginning of 2020.

Checks by our source revealed that the flooding occurred in several local government areas of the state.

The State Emergency Management Agency confirmed this in an interview with our source today, Friday.

Ningi,  said, “We’ve visited all the areas involved in the flooding this year. So far, we received 11 reports in eleven local government areas in the state.

He said “So far, 16 lives have been lost, eleven in Bauchi Local Government Area, one case in Warji LGA, two in Shira LGA, and two in Dambam LGA. Adding that Over 2,000 houses were also destroyed during the floods. With over  1,117 farmlands were washed away by the floods.

The PM further stated that “The state government has supported  the victims with relief materials to curb the effects of the floods.”