I AM NOT AFRAID TO GO TO GENEVA “NOTHING DEY HAPPEN” ROTIMI AMAECHI BOAST AS HOUSE MEMBERS SHOW CONCERN OVER ATTACKS ON NIGERIAN POLITICIANS ABROAD. 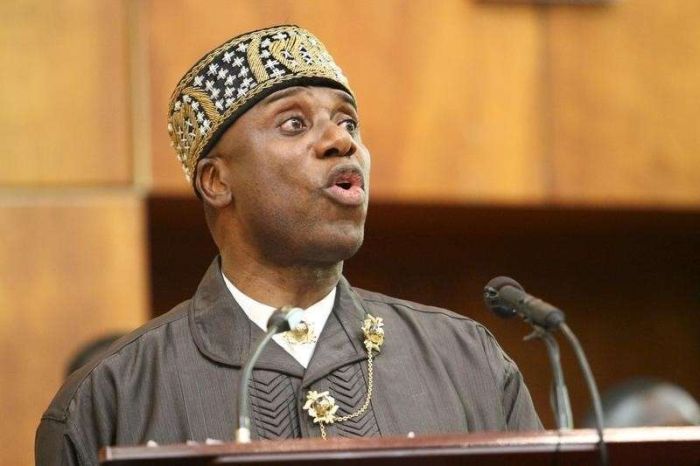 Minister of transport Senator Rotimi Amaechi has said that he is not afraid to leave the shores of Nigeria for fear of being attacked.

Recall that we reported the attack on Senator Ike Ekeweremadu in Germany by IPOB members some weeks ago. This has caused an increase in extra caution and alertness among Nigerian Politicians. But Senator Amaechi is not flinching an eye as He uses the words “Abegi, Nothing dey happen i will travel to any country i want especially when i have official appointments to meet with”.

He also claims that he is well trained to defend himself against attacks in martial arts. We only wonder how many people His martial art training can take down at a time. He however states that attacking politicians is not the solution and that Nigeria should be changed from a consumption to a production economy.