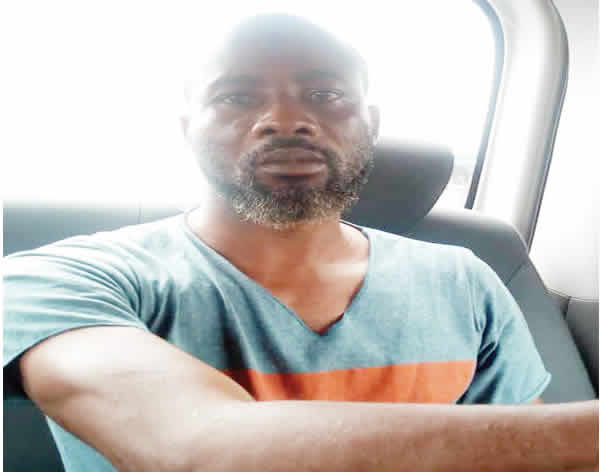 A non-governmental organization, fighting against Human Trafficking and Human Rights Abuse Foundation, has quickened the arrest and handover of a kidnap kingpin, identified as Muritala Sanni, to the National Agency for the Prohibition of Trafficking in Persons for prosecution(NAPTIP).

Nesnaija gathered the kingpin was arrested by policemen from the Amukoko Police Station last Wednesday where he was hiding in a hotel in the Amukoko area of Lagos.

Ojay Akinwale, The President of the organization, told our source that the kingpin was apprehended after one of his victims was used as a bait to trick him to the hotel, where he was afterward apprehended by the police.

The kidnapper arrest, according to the NAPTIP President was a major success for the organization as his trafficking network cut across Libya and East Africa.

Akinwale,  said, “It’s been a long battle and journey, and our people have never given up hunting for him. We have been looking for him since 2016, although our fight against human trafficking in Nigeria started in 2004. Before now, we alongside NAPTIP, have been able to arrest and get a conviction for some members of his gang, but Sanni and his wife, who died recently in Libya, have been evading arrest.

He said “We began our efforts again about one month ago; when we were not making any headway, we decided to use one of his previous victims as bait. We do not know what has happened to him; he told the lady that he lost all his money. So, we made her play along and she told him that she would pay the hotel bills and other expenses.

“He was doubtful initially, but we continued to play along and not rushing things, until they fixed an appointment for Wednesday, September 23, 2020, for a hotel in Amukoko.

“We tracked him down while they were at the hotel room with the assistance of the Divisional Police Officer of Amukoko. He gave us four policemen, who stormed the hotel with us and arrested him.

Sanni is now with NAPTIP at Ikeja, as the agency that specializes in fighting human trafficking. But that’s not to say we are handing off the case; we will follow up the matter to a reasonable  conclusion to get justice for his victims.”

Hajara Tunde-Osho, The Public Relations Officer, NAPTIP, confirmed the arrest of the suspect.

Tunde-Osho, said, “The suspect was arrested on Wednesday, September 23, 2020, and handed over to us on Thursday, September 24, 2020. We will carry out our investigation and prosecute him afterward,”.