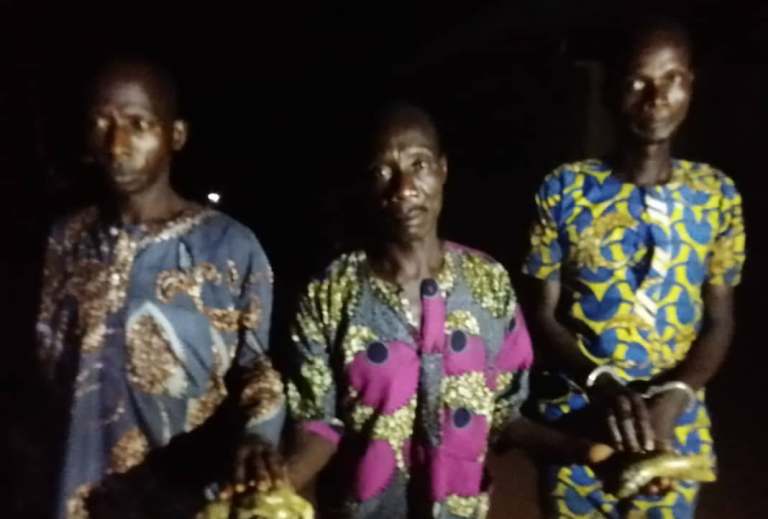 Suspected ritualist, who deal in human parts in Ogun State, got the beating of their lives by some of their customers for failing to pay the agreed sum of N1m for a human hand that was supplied to them.

The suspected ritualist reportedly lured their customers to a bush and beat them to a pulp for failing to pay for the human hand they asked them to provide.

It was gathered that the human part dealers were contracted by three persons, who were interested in money-making rituals.

The suspected ritualist demanded N1m for the ‘commodity’ but the buyers, identified as Matthew Idosu, John Feyisetan and Samuel Adegbola, were unable come up with the sum after the hand had been delivered to them.

The Police Public Relations Officer in the state, Abimbola Oyeyemi, confirmed the incident in a statement.

Oyeyemi said the three human part buyers were arrested by policemen in collaboration with the state security outfit, So-safe Corps, alongside a 40-year-old herbalist, Michael Itomu.

The PPRO explained that the suspects were arrested by the Joint Task Force at Idi-Iroko in the Ipokia Local Government Area of the state.

According to Oyeyemi, the four suspects were arrested for being in possession of a fresh human hand.

The PPRO stated that the suspects had contracted someone in Abeokuta, who promised to get the human hand for them for N1m.

Oyeyemi said the suspects were arrested following information received by policemen attached to the Idi-Iroko Division.

He said the policemen were told that three suspects had sought the help of an herbalist for money rituals.

Oyeyemi added that the herbalist asked them to provide a fresh human hand before he could help them with the money rituals.

He said preliminary investigation revealed that it was Idosu, who contracted a family friend of his in Abeokuta to provide the human hand alongside two others, who are currently at large.

The PPRO stated, “On delivering the hand, the dealers demanded the agreed N1m, but the money was not readily available; this led to a serious scuffle between them and they angrily took away the duo of Samuel Adegbola and John Feyisetan into a bush, where they thoroughly beaten

“It was the action of those, who supplied the hand, that made the whole secret to leak out and which eventually led to their arrest.