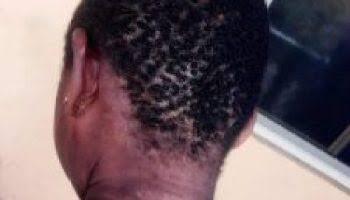 A TEN year old girl identified as Ifunanya, is fighting for her life in an unidentified hospital in Abia State after her boss, Ojiugo David, allegedly burned   her with hot water.

NEWSNAIJA gathered that the victim lived with David at their home on Aba Road in the state’s Umuahia district.

NEWSNAIJA further learned that the suspect allegedly boiled water and combined it with pepper and compelled the ten year old to drink it on Sunday.

According to a witness who pleaded anonymity  water burned the victim’s lips and ruined her voice box.

The source claimed that “The woman is fond of accusing the girl of various misdeeds and uses that chance to beat her,” adding that  Ifunanya’s body is covered with scars and wounds from the constant thrashing she receives from the woman .

The source said “Last Sunday was the height of it when she forced her to drink water that had been cooked with pepper.

“When she saw the extent of the girl’s injuries, she rushed her to a local pharmacy, but the owner refused to treat her and recommended her to send her to the hospital. But she refused, prompting the chemist to notify other neighbors, and the police were summoned.”

The event was confirmed by the state Police Public Relations Officer, Geoffrey Ogbonna,   who stated the culprit had been detained and arraigned in court.

He further stated that “The matter was reported, and the victim is undergoing treatment in the hospital, while the suspect was arraigned in court today (Tuesday) and detained in a detention center,”