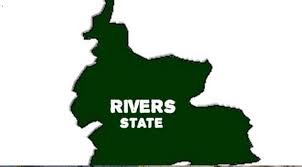 Gunmen in Bori, Khana Local Government Area of Rivers State, have trailed and shot dead one of the commanders of a local vigilante group, the Khana Security Planning and Advisory Committee identified simply as Saro,

Saro, an indigene of the Luawii community in the Khana LGA, was shot on Tuesday in front of the Bori main motor park by his assailants.

A member of the vigilante group, who simply identified himself as Christopher, said the deceased was on his way to the park to board a vehicle that would convey him to Port Harcourt when he was trailed and gunned down.

Christopher,  added that few minutes after Saro left the barracks for the motor park, gunshots were heard and when his colleagues rushed to the scene to investigate, they discovered him lying in a pool of his own blood.

Christopher added that some eyewitnesses revealed the identities of the assailants to them.

He said, “Some people, who witnessed the incident and identified the people, said the name of the boy, who shot Saro, is Stanley and that he was with his friends.

“The people said they saw him with an AK-47; he was the one who shot our colleague.”

Nnamdi Omoni, the spokesman for the police in the state, when contacted, confirmed the incident, adding that Joseph Mukan,   Commissioner of Police, had ordered an investigation into it with a view to unraveling the perpetrators and bringing them to justice.