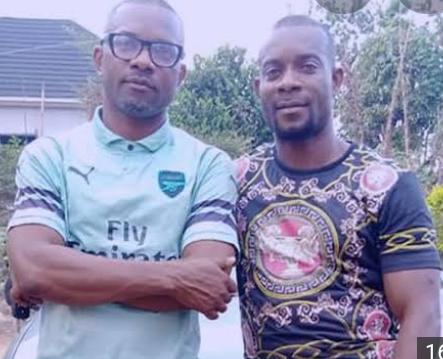 The Imo state capital on Tuesday was in disarray after fleeing gunmen shot and killed two siblings.

NEWSNAIJA learned the victims, identified as  Ifeanyi Anyanwu, 47, and Tochukwu Anyanwu, 45, were shot dead at the back gate of the Imo State University, Owerri.

It was also learned that two other persons, identified As  Kasim Rashidi, 22, and Salam Rashidi, 20, who were with the deceased were also shot but rushed to the Federal Medical Center, Owerri, where they are receiving medical attention.

NEWSNAIJA further learned that while Ifeanyi was an architect, his younger brother, Tochukwu, was a surveyor.

A source disclosed that the siblings were killed after they had been robbed of their gray-colored Ford Edge with the number plate, BWR 809 BC.

He said, “The deceased who were brothers of the same parents were living at plot 249 Area ‘A’ World Bank Housing Estate, Owerri. They were from Umuopara Omukwu, Onicha in Ezinihitte Mbaise LGA.

“They have robbed of their ash-colored Ford Edge car with registration number BWR 809 BC and both of them were shot dead by unknown gunmen at Imo State University, Owerri back gate mine.

“One Salam Rashidi aged 20, and Kasim Rashidi aged 22, both of Okwu Uratta in Owerri North LGA, sustained gunshot injuries from the hoodlums during their indiscriminate shooting.

“Corpses of the deceased have been removed and deposited at Aladinma mortuary and the gunshot victims taken to FMC Owerri for treatment.”

Orlando Ikeokwu, the Police Spokesperson in the state, When contacted,  confirmed the incident.

Ikeokwu disclosed that the command had already commenced an investigation into the incident.