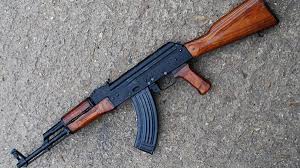 Gunmen, on Sunday, ambushed a team of policemen and in the process killed one of the cops and injured others before escaping with a police rifle in Rivers State,

NEWSNAIJA gathered the incident, happened on Captain Amangala Street in the Borikiri area of Port Harcourt.

It was further gathered that there was fear in the area as shops closed immediately, while residents were forced indoors around 7 pm when the incident happened.

An eyewitness, who spoke on condition of anonymity, said the gunshot forced passersby to flee the area.

The source said, “We were standing near the road in front of my shop when two vehicles drove by at high speed and less than five minutes after, we heard gunshots and people started running and looking for where to hide, it was later we heard that a policeman was shot dead by the gunmen, while his gun was taken away.”

Another resident of the area, who gave his name simply as Ben, said other team members of the killed cop sustained bullet injuries after the gunmen opened fire on them.

Our source, who visited the incident scene on Monday, observed that peace had returned to the area as shops were opened for business, while residents went about their normal activities.

When contacted, SP Nnamdi Omoni,   the spokesman for the state police command, confirmed the attack and the killing of the policeman, adding, however, that information about the incident were still sketchy