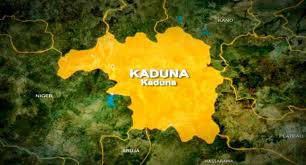 The Gidan Zaki in Zango-Kataf Local Government Area of Kaduna State  in the early hours of today, Tuesday was invaded by gunmen who  reportedly killed Haruna Kuye, the District Head of Gidan Zaki, and his son, Destiny Kuye

The monarch’s wife was said to have sustained a machete wound while the daughter sustained a gunshot injury.

Samuel Aruwan,  the Kaduna State Commissioner for Internal Security and Home Affairs, confirmed this development in a statement on Tuesday.

According to him, “three empty cases and a live round of 7.62mm special ammunition were recovered at the scene” of the attack.

The Commissioner added that troops in collaboration with security agencies have commenced an investigation into the matter in a bid to apprehend those responsible for the attack.

The statement also said the Nasir El-Rufai, Kaduna State Governor, condemned the killing of the district head and his son. The governor also consoled the family and charged security operatives to thoroughly investigate the matter.

The statement partly, “The military under the auspices of Operation Safe Haven has informed the Kaduna State Government of the killing of the District Head of Gidan Zaki, Mr. Haruna Kuye, and his son, Destiny Kuye in the early hours of today (Tuesday, 17th November 2020). They were killed in their residence at Gidan Zaki, Zangon Kataf Local Government.

“The District Head’s wife, according to the military, sustained machete wounds on her hand while his daughter had a gunshot wound on her finger.

“The security report further stated that the act was carried out by about five men wielding AK-47 rifles and machetes, who also tried to burn the house and a vehicle.

“The military added that location that three empty cases and a live round of 7.62mm special ammunition were recovered at the scene. Troops in collaboration with other security agencies are carrying out investigations and trailing the assailants.”