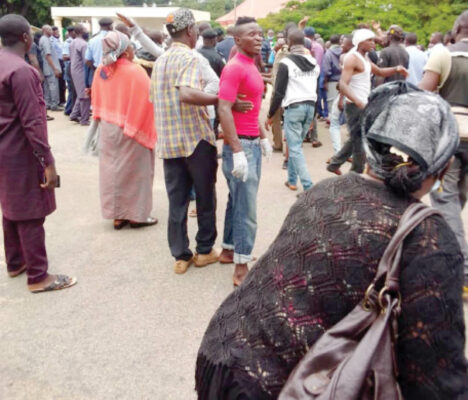 NEWS reaching us says On Wednesday says a house and young people were burned down during protests against gunmen’s attack on the Yelwa Zangam community in Jos North Local Government District in Plateau State.

On Tuesday, the Yelwa Zangam community in the state’s northern Jos local government district was attacked, killing 36 people, and protests on Wednesday rocked, the capital of Plateau state.

During that protest Eight people were allegedly killed by suspected herders in the Yelwata community in the Guma local government area in Benue State , report has it that Several people are said to have been injured and one person was allegedly kidnapped during the attack.

Angry youths rushed into some hospitals, including the Jos Plateau State Specialist Hospital, where they seized the bodies of the attack victims and then took them to the government building in a truck.

It was reported that around 10 pm on Tuesday night, gunmen attacked the Yelwa Zangam community, killing at least 36 people and wounding many more. They were transferred to Jos Bingham University Hospital for treatment.

Johnson Jauro, the supreme ruler of the Anaguta in the state, confirmed the attack in Jos on Wednesday.

HE SAID  “I was told that in the Naraguta community Tuesday night, some gunmen attacked my people and caused many casualties. But we are still investigating to find out what happened,”.

Jeremiah Bruce, another resident said: “Another 16 bodies were taken to the morgue this morning, and people are still trying to retrieve more bodies from the various houses set on fire by the gunmen. This is a situation for people. It’s really bad”.