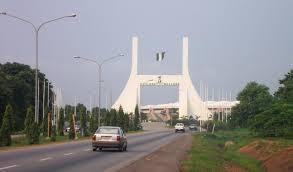 The Federal Capital Territory Police Command has prevented the attempted kidnap of 19 persons on the Pei-leilei road along the Kwali axis.

The force said it was making efforts to rescue the three victims in the custody of the gunmen who escaped into the forest on Wednesday.

According to a statement on Thursday by  ASP Mariam Yusuf, the command spokesperson, the rescue of the 19 persons was conducted by a joint team of police operatives from the Command “who responded promptly to the distress call and engaged the heavily armed hoodlums in a fierce gun duel.”

The statement titled, ‘Police foil attempted kidnap of 19 persons along Pei-leilei road,’ read, “The command reassures members of the public of its unflinching commitment to deploy proactive crime-fighting measures to ensure the security of lives and property in FCT ahead of the Christmas and New Year celebration.”

He said, “It will be recalled that over 12 persons have been reported kidnapped in the Kuje and Kwali axis of the FCT in the past three weeks”.

The police said they have launched an operation to rescue the victims.