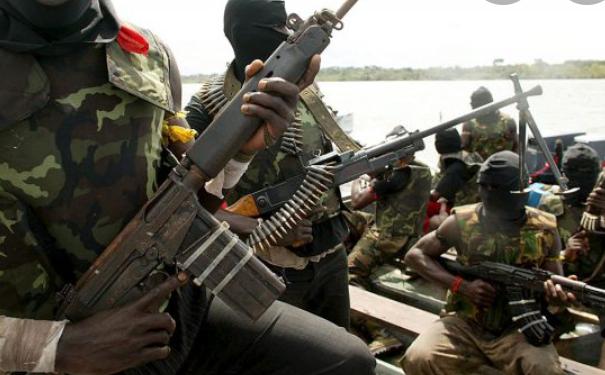 Six persons, including a commercial motorcycle rider, were killed by gunmen suspected to be cultists in Gwara and Kono-Boue communities, in the Khana Local Government Area of Rivers State on Monday.

A resident, who spoke on condition of anonymity, said the gunmen, numbering about seven, arrived in the community in the morning and shot continuously. They later left unchallenged.

He further stated that later in the day, the assailants stormed neighboring Kono-Boue, where a motorcycle rider and his two passengers ran into them and were shot dead.

Nwibakpo Golden, the Public Relations Officer, Kono-Boue Community Development Community, said some villagers ran into a bush to avoid being hit by bullets.

Golden in his statement said, “Unknown gunmen invaded Gwara community, killing about three persons. They also went to Kono-Boue, killing three there as well. A motorcycle rider and the persons that were with him were killed.

“They were coming from a thanksgiving service when they ran into the gunmen and were shot dead.”

Golden when asked if the security agencies were alerted  of the incident, said he personally called the Bori Divisional Police Officer, adding that by the time his team got to the scene, the hoodlums had fled.

The public Relation Officer said the absence of a functional police station and the bad road in the area degenerated  the security situation in the community.

He said “As we speak now, some people are hiding in the bush. The way the gunmen came, they were not looking at anybody. They were just shooting.

He said “The governor of Rivers State once visited this place and assured us that there will be a police station here. Kono-Boue is a large community. We are still hoping and believing that he will fulfill his promise.

Golden said “Secondly, the road there is bad. If they fix the road, the police can easily access the area anytime we call them,”.

The spokesman said the state Commissioner of Police, Friday Eboka, had ordered an investigation into the incident.

Omoni  said, “I can confirm the cult clash in Khana where three persons were killed.  They are Namene Kialede (33), Muaka Ikara (42) and Kingsley Kponee. No arrest yet, but efforts are seriously on to arrest those involved in the crime.