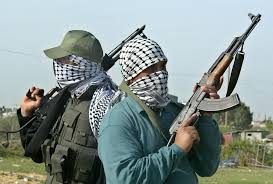 21 persons have been killed and 40 others kidnapped in renewed bandits attack on Shiroro communities in Niger State.

An eyewitness who is also an indigene of Shiroro Local Government, Galadima Salisu while confirming the incident told newsmen in a telephone interview that unless governments at all levels come to their aid, he is afraid that the area could be taken over by bandits who operate at will.

When contacted on phone,  Ahmed Ibrahim, Secretary to the Niger State Government, Matane confirmed the incident. He, however, denied knowledge of the actual number of people killed.

Matane maintained that the Niger State government is doing everything within its powers to address the problem of insecurity bedeviling its people.

Meanwhile, sources said Armed bandits in Niger State have increased their level of attacks on the state since the news of the appointment of new service chiefs by President Muhammadu Buhari