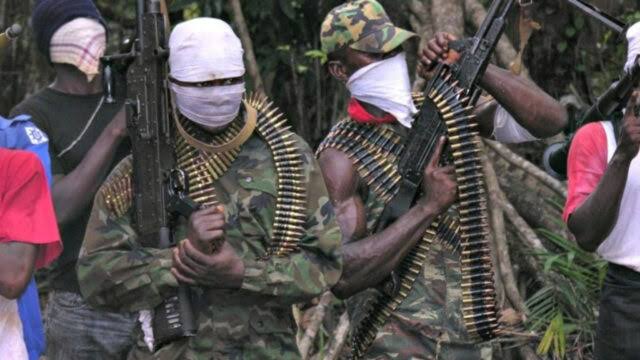 No less than three persons have been kidnapped from their home in Pegi community in the Kuje Area Council of the Federal Capital Territory, Abuja.

The adducted persons were said to be mother and daughters.

It was further learned that the husband to the kidnapped woman and girl who is   a pastor, was away when the attack happened.

A resident of the area, who identified himself simply as Eze, said the gunmen gained entrance into the house through the fence and broke the door.

It was learned the  armed men  came to  the pastor’s house at a resettlement area in Zone A. They were all women in the house when they came. They were heavily armed. They forced their way in and took them away,”.

The father and the husband of the victims, known as  Pastor Gabriel Oladapo, said, “The bandits cut my fence’s barb wire and scaled the fence.

They also destroyed my burglary proof windows as well as the door to gain access into my house.

The cleric in his statement said  “the incident occurred around 11pm on Saturday, they took away my daughter and wife, I was away when the attack took place.

The Pastor further stated that the bandits had yet to reach out, urged security agencies to make sure the release of his wife and children.

He said it is worrisome that the kidnapping ravaging our community has yet to be crushed by security personnel; we are calling on all to come to our aid.

ASP Daniel Ndiparya, the spokesman for the FCT Command confirmed the incident, saying effort are being made by the command to make sure the victims are rescued.