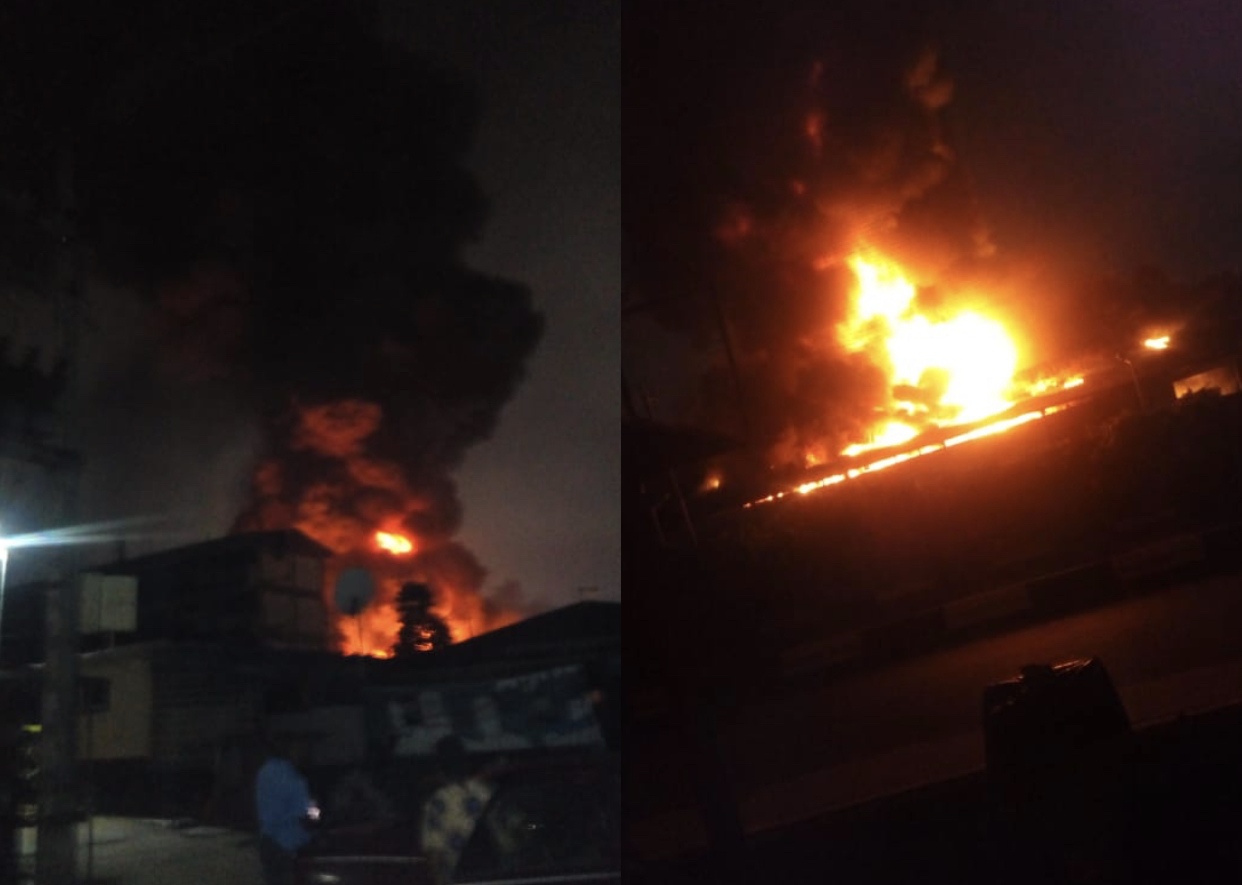 A warehouse along the Wempco Road, in the Ogba area of Lagos State, has been gutted by fire.

The warehouse, which reportedly belongs to the Guinness Nigeria Limited, was said to be used in storing plastic crates.

The Director-General, Lagos State Emergency Management Agency, Olufemi Oke-Osanyintolu, Confirming the incident said emergency responders, including the LASEMA response team and official of the state fire service, were on ground to help the situation, adding that what caused the fire could not be ascertained.

The DG said, “On arrival at the scene of the incident at 04: 30am, it was observed that a warehouse storing plastic crates which appear to belong to the Guinness Nigeria Limited and used to store plastic crates, had been burnt.

“The immediate cause of the fire could not be determined. However, the agency’s responders and LASG Fire Service officials are on ground to carry out a dampening exercise to forestall any spread or secondary incident.”