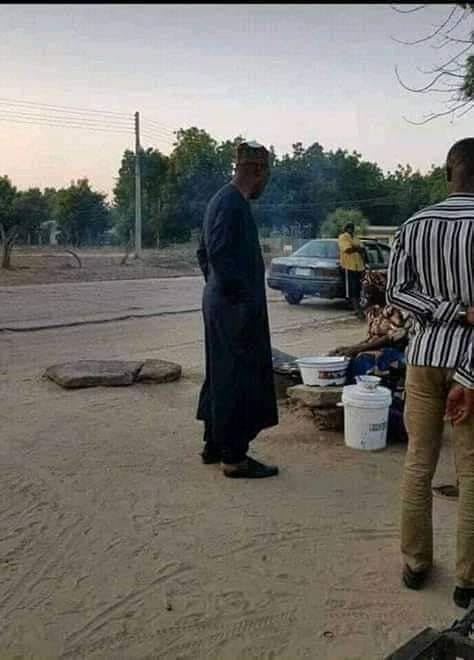 A twitter user with the name Usman Yusuf posted a story on His timeline about seeing the Gov.of Borno state, Zulum Babagana . Many have called His move as an unwise move after pictures of him buying road side food surfaced on the internet.
The twitter story reads people;

“Governor Zulum of Borno State left the Government house yesterday without his security details and ended up at Pap, Akara & Masa joint for his breakfast, no camera man, only people who recognized him captured him. One thing special about him is that after buying, he empowers people beyond their wildest imagination.

This Professor is a living case study for the rest of the Nigerian Big Men/Women!’