GOV SANWO-OLU PLEADS WITH #ENDSARS PROTESTERS TO BE CALM 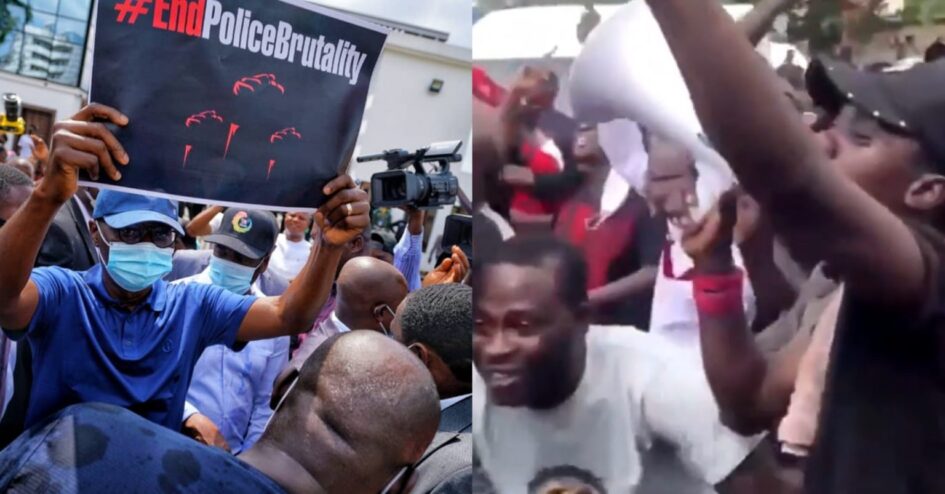 Babajide Sanwo-Olu, the Lagos State Governor has pleaded to #EndSARS protesters in the state to remain calm and “let the effects of the protest go down”.

Sanwo-Olu stated that Federal and State governments had heard the voices of the youths and had taken action.

The Governor, therefore, appealed to the #EndSARS protesters to allow governments at all levels to play its roles to make the requested changes happen.

Thousands of youths across the country have in the last one week been protesting against the harassment and extrajudicial killings carried out mainly by the Special Anti-Robbery Squad of the Nigeria Police Force.

It could be recalled that the police authorities have since disbanded the unit and announced the Special Weapons and Tactics (SWAT) unit as its replacement.

It was reported on Tuesday that the Lagos State governor, took the request of the protesters to the President, Muhammadu Buhari at Aso Villa in Abuja.

However, the protests have continued with many demanding for more reforms.

The Governor Speaking at the 20th National Women Virtual Conference of the Committee of Wives of Lagos State Officials held at Eko Hotels and Suites in Lagos on Wednesday, urged the youths to leave the streets and allow their “elected representatives to take up the challenge from where they left off.”

This was contained in a statement by Gboyega Akosile,  the governor’s Chief Press Secretary, The statement was titled, ‘#EndSARS Protests: Sanwo-Olu, Oyetola, Lagos First Lady Urge Youths To Remain Calm’.

Sanwo-Olu was quoted in the statement as saying, “I want to humbly request and appeal to our youths that their voices have been heard; their grievances have been well taken; their cause is a just and important cause. We have listened to them and listened to them very well. Government more than ever before will do things differently and positively. We can all see the efforts we have started since yesterday and today going forward.

“I want to appeal once again that because of the global pandemic that we have witnessed over the last six to seven months, the youths should let the effects of the protest go down. And they should know that their voice has been heard, let government play their roles and play it well.”

He lamented that the protests have led to gridlocks that have paralyzed business activities in different parts of the state and other parts of Nigeria.

“Businesses have suffered; people are just coming back to businesses. It would be unfair for those businesses not to be able to get back on their feet again because we have a larger social-economic effect.

Also speaking at the event, the Osun State Governor, Gboyega Oyetola, said, “Let me appeal to our youths protesting against police brutality to remain calm and allow their elected representatives to take up the challenge from where they left off.

“We are convinced as leaders and we are ready to join the voice of reason to make Nigeria a better place.”