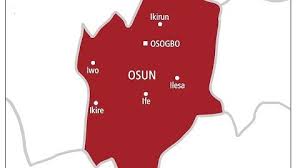 Some men of the Peace Corps attached to Ife Oluwa Co-Educational Grammar School and St. Charles Grammar School, Osogbo, Osun State, have been injured following an attack on them by four pupils, who were armed with weapons and assorted charms.

The pupils have since been apprehended and handed over to the police, while the victims were said to have been treated at an undisclosed hospital.

Mr. Folorunsbo Oladoyin, the state Commissioner for Education, in a statement warned parents and guardians that rascally students or those harboring thugs if caught will be handed over and made to face the full wrath of the law.”

The Education Commissioner also enjoined school principals to disallow pupils from wearing hairstyles that did not fit into academic settings.

The statement read in part, “A section of pupils recently moved from single-sex schools were involved in rascally behaviors in a few schools and were disturbing academic activities.

“The four pupils were caught with weapons and charms with which they caused bodily injuries on Peace Corps members, who are now hospitalized. They have been handed over to the police for possible prosecution.”