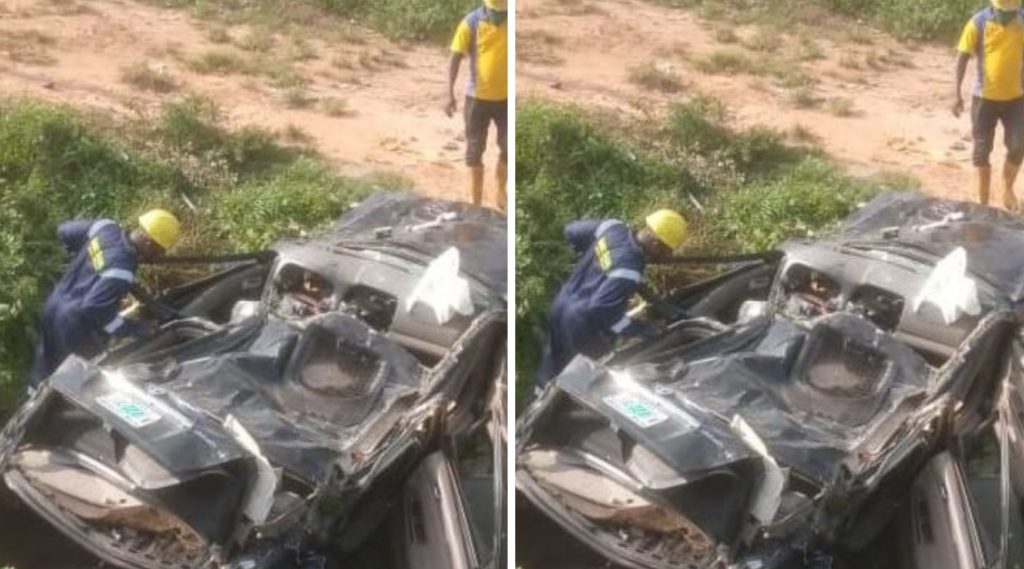 An accident that occurred on Atlantic Road in the Epe area of Lagos State has left four persons dead.

Newsnaija learned that a Toyota Camry, with number plate LSR 724 FW, ran into a tricycle rider, around 4 pm yesterday.

It was gathered that motorist was on full speed when one of the vehicle tyres removed, as the car ran into the rider where he was trying to wash his tricycle, also known as Keke napep.

Report from Our source stated that three occupants of the vehicle and the rider died on the spot, while their corpses were deposited at the Epe General Hospital morgue.

Nosa Okunbor, the Head of Public Affairs Unit of the Lagos State Emergency Management Agency, Confirming the incident said, “The LRT gathered from the police officers from the Odo-Noforija Divisional Headquarters, Epe, that the accident happened after the front tyre pulled off.

Okunbor,  added that “While on top speed, the vehicle veered off the road and ran into the tricycle rider, who was trying to wash his tricycle beside the culvert, and somersaulted into the ditch.”