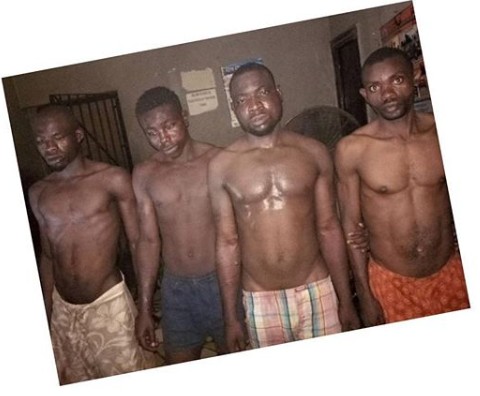 The Nigerian police, Edo state Command have arrested Four suspected members of the Boko Haram sect accused of planning a coordinated attack against Police formations on April 19, 2019. The arrest was carried out by the Tactical Team of the police command.
The four suspects have been identified as Salihu Uzovehe (23), Hadi Musa Gambari (23), Tijani Garuba (24) and Mohammed Abdulkadri (44).