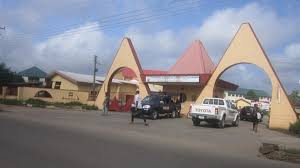 The hospital’s Public Relations Officer, identified as Jacinta Achonu, in a statement in Owerri, the state capital, on Wednesday, stated that all the corpses that were not claimed by their families and relatives in a fortnight’s time would be given mass burial.

The statement read, “This is to inform the general public that the Federal Medical Centre, Owerri, intends to conduct mass burial of abandoned corpses in its mortuary.

“In view of this, those whose relatives are missing should visit the hospital’s mortuary for possible identification and collection of such corpse(s) within two weeks from this publication.”

Recall that the Archbishop of Owerri Catholic Archdiocese, A.J.V. Obinna, in June visited the hospital’s morgue and thereafter issued a statement, alleging that youths of the state were being killed.

The respected cleric, who called on the state government to protect its citizens, said many bodies of slain youths of the state were abandoned in the mortuary.