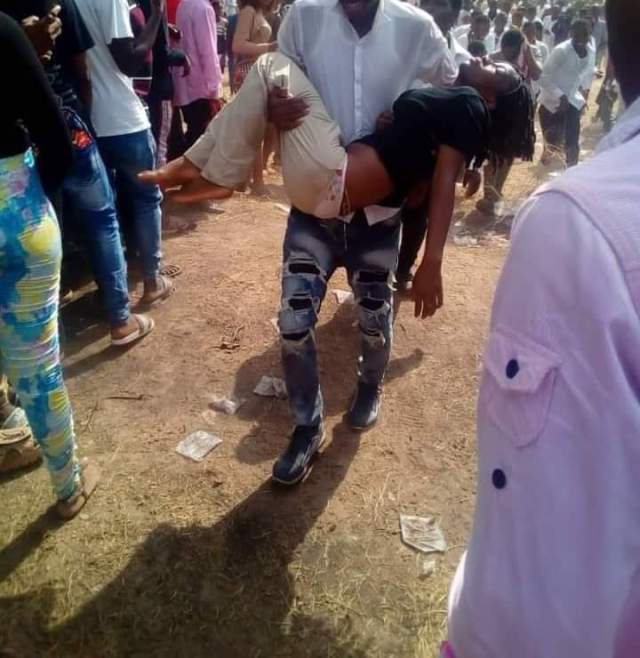 No less than five students of the Ebonyi State University, Abakaliki, collapsed at the permanent site of the institution during a stampede inside the examination hall on Wednesday.

The stampede happened as students rushed to access the school’s ICT center, the venue of the exam.

A source in the institution said the university had adopted the Computer Based Test for some General Studies (GST) courses.

GST courses are taken by all students of the institution.

According to the source, the hall where the examination was to be taken was too small for the mammoth crowd of students that were to write the course.

NEWSNAIJA learned that all the students from the four campuses of the university were told to write the exam in the ICT center.

He further stated that “There was poor planning for the exam. The hall had just about 500 computers and the number of students to write the exam was over 1000.

“During the struggle to go inside the one-room ICT hall to write the exam, at least five students collapsed,”.

Abanni Samson, the Student Union Government President, expressed regret at the incident, which he said was avoidable

Samson said the SUG would meet with the GST management on Thursday to discuss the matter and forestall a recurrence.

It was further learned that students of the institution staged a protest on Thursday over the incident.

The protest, which kicked off at the permanent site of the institution, led to gridlock on the Enugu-Abakaliki Expressway.

As of the time of filing this report, policemen and soldiers had been drafted to the scene to prevent the breakdown of law and order.

A spokesman for the institution, Patrick Itumo, could not be reached for comments.