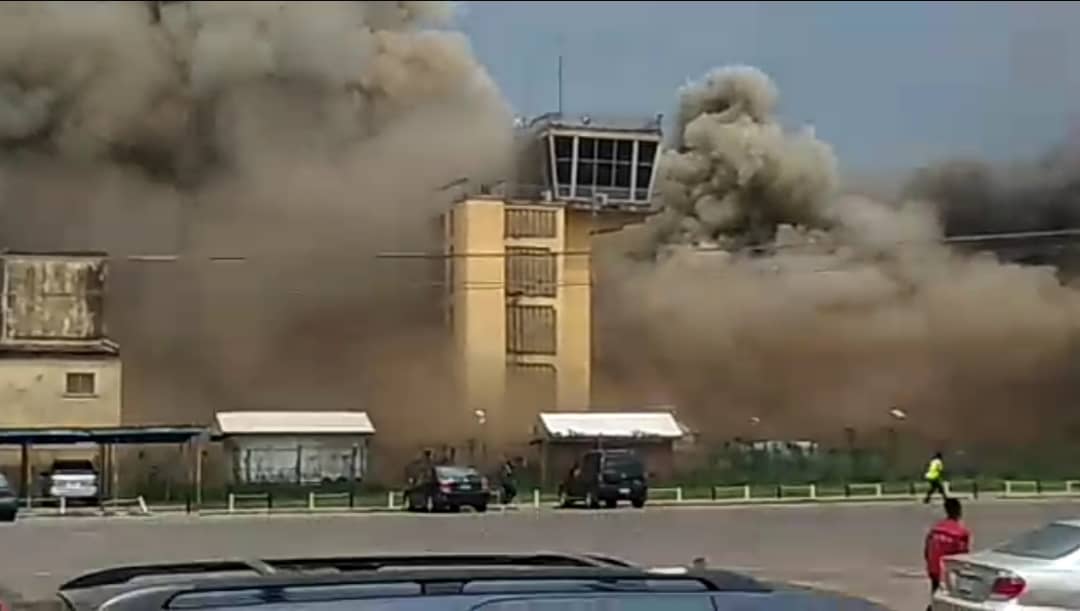 Pictures show thick flames over what appeared to be the arrival hall of the airport.

Some few passengers were seen scampering to safety.

The fire is said to have started around 2pm and lastest for about an hour.

“It happened at the arrival department of the airport, but fire Service offcials arrived early enough to prevent loss of life, even though some equipment were damaged.”