FINALLY!! THOSE INVOLVED IN THE DEATH OF VERA UWAILA 100 LEVEL UNIBEN STUDENT ARRESTED 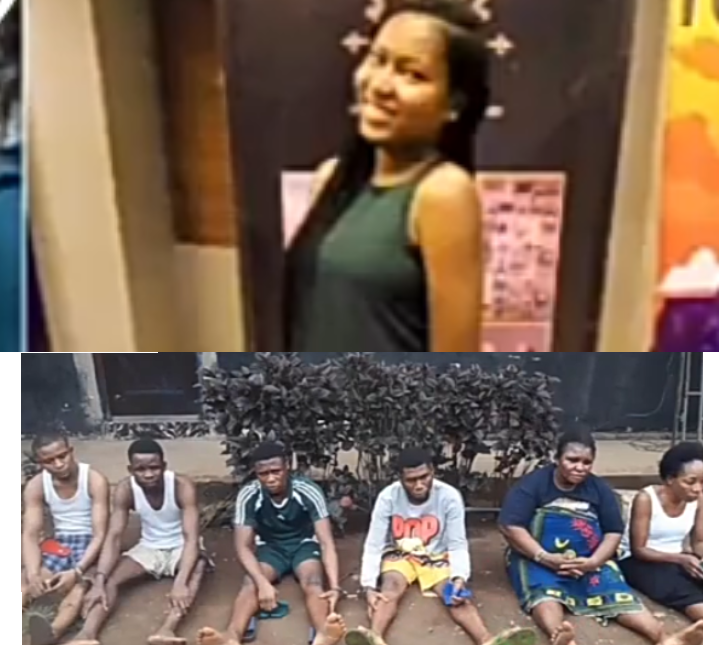 The Edo State Commissioner of Police, Mr. Johnson Kokumo, on Wednesday, paraded the six suspects who allegedly raped and killed a 100-Level Microbiology student at the University of Benin, Uwaila Vera Omozuwa, in a church in Ihovbe quarters in Benin.

Kokumo, said, “The matter is of great concern to the Inspector General of Police,  Muhammed Adamu, who sent homicide experts to work with our policemen in Benin.

The CP  said, “ he had earlier promised the people of the state that the police would do all it takes within their power to bring to justice the perpetrators of the evil and wicked Act, adding that  is seen today is a result of the efforts of the police who tirelessly worked to unmask those behind the crime, and today, they have been arrested.”

One of the suspected killers, Collins Uligbe confessed that her landlady, Mrs. Mary Ade, gave them N1 million to kill the student.

Collins also said that he was asked by the landlady to wipe Uwaila’s private part with a handkerchief so that she could use it for ritual purposes and prosper in her business.

However, the landlady denied the allegation.

The CP said the post-mortem confirmed that the deceased was raped.