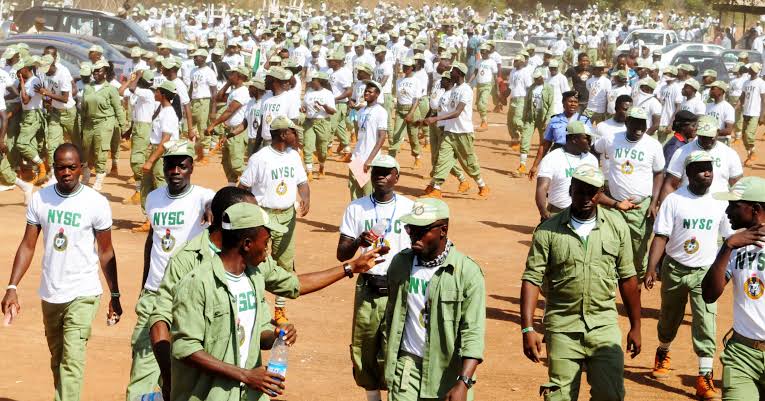 There was fear among the staff of the National Youth Service Corps(NYSC)  on Tuesday after a resident officer died of   COVID-19.

NEWSNAIJA learned that the top officer was posted to the permanent orientation camp in Kano, a few days ago where he developed coronavirus symptoms and died on Tuesday.

Following his death, workers of the NYSC in Abuja and orientation camps, particularly in Kano, had been engrossed with fear of contracting COVID-19.

Before this occurrence,  the Economic Sustainability Committee led by the Nigerian  Vice President called on the Federal Government to consider suspending the NYSC orientation camp exercises for two years.

But on January 16 the Federal Government ignored the recommendation by re-opening orientation camps nationwide amid rising COVID-19 infections.

it was learned on  Tuesday the deceased officer went to Kano State where he represented the Director-General of the NYSC, Brigadier General, Shuaibu Ibrahim.

When contacted Emeka Mgbemena, NYSC Deputy Director (Press and Public Relations), confirmed the death of the officer but stated that he died outside the orientation camp.

A source said, “The resident officer, who was posted from the NYSC National Headquarters in Abuja to Kano State NYSC permanent orientation camp died early Tuesday morning as a result of COVID-19.

“But very, unfortunately, the NYSC management and the NCDC are trying to hide the case. The officer and representative of the DG were tested by the doctors and the NCDC who confirmed that the officer died as a result of COVID-19 in the camp. Right now, multiple numbers of the NCDC staff are in the camp.”

Another top officer of the service, who spoke on condition of anonymity, said a staff of the NYSC in other camps, who had learned about the development had started panicking.

Giving more insight into the officer’s death,  Mgbemena said, “Indeed, NYSC lost an officer. In keeping with COVID – 19 protocols, everyone, including the DG, must subject themselves to the COVID-19 test. Only those that test negative are allowed into the camps.