FATHER OF FIVE ON TRIAL FOR RAPING A MINOR IN EBONYI 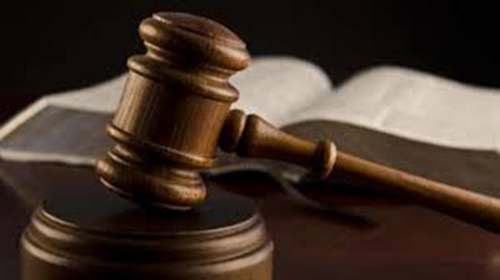 A 45-year-old man, identified as  Ezaka Linus, has been remanded by an Ebonyi State Magistrate Court on Wednesday for raping an 11-year-old pupil.

Linus, a father of five children, reportedly took the little child inside a bush close to where a burial ceremony held and raped her.

NEWSNAIJA learned that the victim’s mother, whom she attended the burial with, had searched for her without hope but when she was about to report her worry to the bereaved family, but she was informed by another villager that a man took her child into the bush.

A court source said, “It was when the man was coming out from the bush with her that the mother saw them.

“At that point, the victim, who was holding N20 note in her hand, which the man gave her, told her mother what happened to her.”

Inspector Sabastine Alumona,  the  Police Prosecutor, told the court that the offense was punishable under section 34 (2) of the Ebonyi State Child Rights and Related Matters, 2010.

The charge read, “That you, Ezaka Linus, on the 6th of March, 2021, at 1900hrs inside a bush at Umuome Oriuzor, Ezza North, within the jurisdiction of this Honourable Court, did have unlawful carnal knowledge of a girl, aged 11 and thereby committed an offense punishable under section 34 (2) of the Ebonyi State Child Rights and Related Matters, 2010.”

Linus, in his statement, confessed to the crime and pointed out that the incident of March 6th was the fifth time he had sex with the victim.

The defendant told the court, “I did it. She is my lover. I love her. We have been having sex since January 2021. I used to give her N20 to buy biscuits. I am guilty. Judge, have mercy on me,”

The U.M. Akpamba,  Defense Counsel, pleaded the court to be merciful with his client.

But Mrs. Nnenna Onuoha,  the Chief Magistrate, ordered that the defendant be remanded at the Nigerian Correctional Centre, Abakaliki, while his case file should be transferred to the office of the Director of Public Prosecution for necessary legal action.