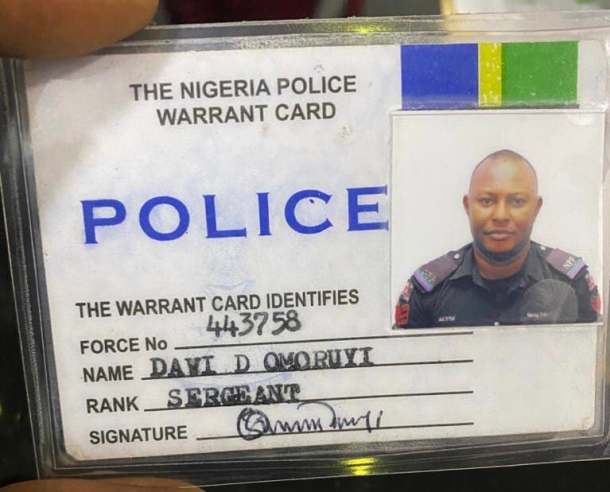 A man, identified as David Omoruyi, aged 37 has been arrested by policemen attached to the Area ‘E’ Command of the Lagos State Police Command for allegedly having in his possession a fake police identity card and 30kg of weeds suspected to be Indian hemp at the Alaba Rago Market in the Ojo area of the state.

Muyiwa Adejobi,  the state Police Public Relations Officer, said in a statement on Sunday that Omoruyi and his running conspirators were carrying the weeds on their head when policemen confronted them around 12.12 am on Tuesday, adding that while Omoruyi was arrested, his accomplices fled.

The PPRO  stated, “The police operatives attached to the Area ‘E’ Command in Festac, on January 19, 2021, around 12.12 am, arrested one David Omoruyi, 37, of No. 4 Job Street, Afromedia, Otto-Awori LCDA, Lagos, in possession of a fake police identity card and 30kg of weeds suspected to be Indian hemp.

“David Omoruyi claimed that he was a serving sergeant attached to Mopol 49, Epe, Lagos State. But after due interrogation and investigation, he confessed to being a fake policeman, he further confessed that he used to flash the fake ID to gain access and for easy passage of their loot or drugs whenever they are in business.

“The state Commissioner of Police has directed that the suspect be transferred to the State Criminal Investigation and Intelligence Department, Panti, Yaba, for discreet investigation, while the running members of the gang should be searched for and brought to justice with immediate effect.”