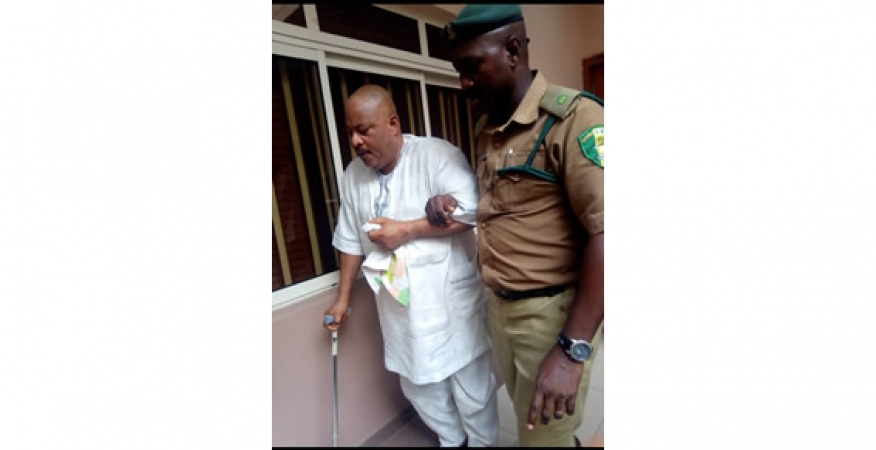 A man identified as Olufemi Adesanya, a self-acclaimed oil marketer, has been sentenced to 21 years’ imprisonment for defrauding the United States of America-based businesswoman, known as  Oluwatoyin Akinwole, of N37.6m.

Adesanya was standing trial alongside one Awojobi Ganiu before Justice Mojisola Dada before Ganiu pleaded guilty to amended two counts of stealing and obtaining money by false pretense and was sentenced to two years’ imprisonment by the court.

According to EFCC, the duo defrauded the businesswoman and leaked her nude pictures on social media, and falsely claimed that she committed suicide by jumping into the Third Mainland Bridge in 2017.

During the trial, Akinwole in her evidence said the duo defrauded her of N71m under the pretext of rendering special prayers for her and helping her to invest in the crude oil business.

According to the victim, the defendants, after defrauding her, posted her nude pictures which they took from her phone on social media and falsely claimed that she committed suicide to stop her from coming after them and seeking justice.

The businesswoman said she found out about the scam when an employee of Adesanya called and informed her that the defendants never invested her money in any oil business, but rather used it to buy houses and cars.

The fake oil merchant was arraigned on four counts bordering on stealing and obtaining money by false pretense.

Justice Dada, Delivering her judgment on Monday sentenced Adesanya to 14 years’ imprisonment on count one, another 14 years on count two, and seven years on count four.

He was, however, discharged on count three.

Justice Dada added that the sentence would run simultaneously.