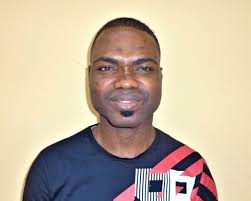 NEWSNAIJA learned that Justus was arraigned on one count of obtaining money by false pretenses to the tune of N4, 500,000.

A statement by Mr. Wilson Uwujaren, the Head, Media and Publicity, EFCC, showed that the suspect allegedly defrauded a former governorship aspirant of the All Progressives Congress in the state, Dr.  Edward Nkwegu, of the said amount on the pretext of securing a contract for him at Chevron Nigeria Limited.

The offense was said to be contrary to Section 1(1) (a) and punishable under Section 1(3) of the Advance Fee Fraud and Other Fraud Related Offences Act, 2006.

The defendant pleaded not guilty to the charge.

Nuradeen Ingawa, the prosecution counsel, asked for a trial date, while the defense counsel, Daniel Uwadiegwu, tabled an oral application for bail.

Justice Ayua granted the defendant bail in the sum of N1m with one surety in like sum.

The court adjourned the matter till March 23 for trial.

The petitioner, Nkwegu, alleged that Justus approached him in May 2019, claiming to have secured a job at Chevron and requesting an attestation letter, which he gave to him.

He explained that after a while, the defendant approached him again, saying he just returned from training in the United Kingdom and had resumed work fully at the company.

Justus was said to have sighted documents in Nkwegu’s office indicating that Chevron owed the petitioner’s company, Edon Nigeria Limited.

The suspect allegedly promised Nkwegu that as a worker in the oil company, he would not only ensure the payment of the debt but would also help him secure a new contract.

Justus was said to have requested and was given N4.5m to bid for the said new contract.

The victim petitioned the EFCC when he realized that the defendant was neither a Chevron worker nor was there any new contract in the oil company.