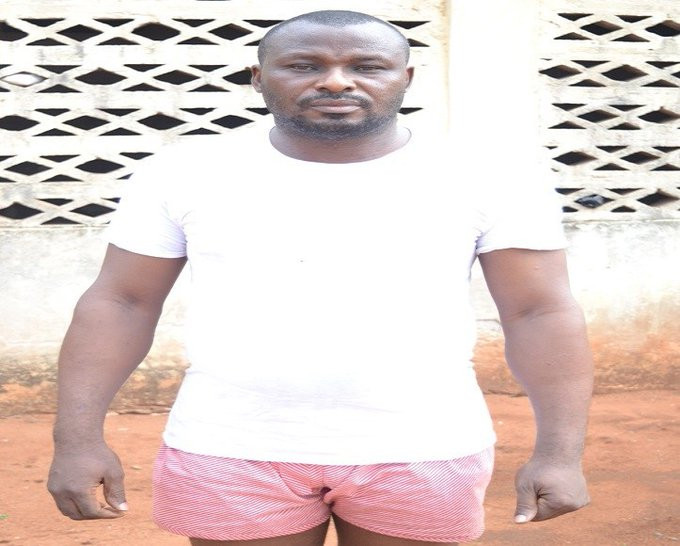 Operatives of the Safer Highways patrol team of the Delta State Police Command have arrested a fake Army Major, Ojumah, identified as Fabian who was said to have been involved in the sale of Indian Hemp.

Fabian, who is 44 of age, hails from Abbi in Ndokwa-West Local Government Area of Delta State.

A social media post by the police today stated that the suspect was arrested on July 31, 2020, along Sapele-Benin Road.

The post reads a fake military van with plate number NA142-B01 conveying 420 packs of compressed weeds suspected to be Indian Hemp was also recovered from the suspect.

Fabian, In his confession, was quoted as telling the police that he had been involved in the business of Indian Hemp sale since 2014.

He reportedly admitted that the van belongs to him and that he bought the Army plate number from serving personnel.

He also revealed that the Army uniform he wore was bought at Mammy market within the barracks.

It learned that Fabian could get an Army uniform possibly because he grew up in the barracks and has a military background, though not a soldier”.