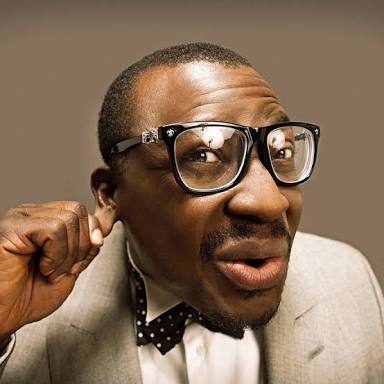 Ace Comedian Alibaba has written against the Nigerian Government
about the delayed trial of notorious kidnapper Evans who’s real name is Chukwudi Onuamadike.

Evans was arrested in 2017 for High Profile Kidnappings in Nigeria and has since then been in and out of court in various proceedings.

“See why justice in Nigeria leaves a lot to be desired. The New Zealand shooter… had his day in court, no waste of time. The Boston Marathon bomber too did not even have time to plan an escape. The Nigerian diaper bomber… didn’t have time to take a leak and all of the other cases did not take 1 year. But in Nigeria, a case will go on for 20 years.

The lawyers who are on the case will get frustrated; move to another law firm; retire:; or die; get appointed into government; set up their own chambers; the judge will be transferred or promoted or retired or died… for one reason or the other, shaaaaaa justice will be delayed. That’s how cases have been killed. Young promising lawyers have been frustrated out of the legal world. Beautiful lawyers that would have made SAN in record time. Naaaaaa. We don’t do that.

The SANs will come to court, take a date and in collusion with justices who are their friends continue to take adjournment after adjournment. Oh he is appearing in a higher court. An election tribunal case came up and it’s a time-bound case. He is out for medical checkup. A case is clashing with this one. Me lord give me time to go through the prosecution witnesses statements… 5 years later, case is still on. Judge will not sit.

People threatening witnesses. Witnesses disappearing without a trace. Court is on strike. Case has not begun, but it will first reach Supreme Court. Just to interpret jurisdiction will take 2 years. Then after that it will come back to the magistrate court. And move up again, thanks to appeals till Supreme Court again.

We have no shame. People who walk free in Nigeria get sentenced in working judicial systems. People were jailed in the Halliburton case. Yet those who the culprits paid here, are saints.
And we have the guts to query Dubai judicial system. You are caught, you go to court and you are cut. No diplomatic courtesy.”