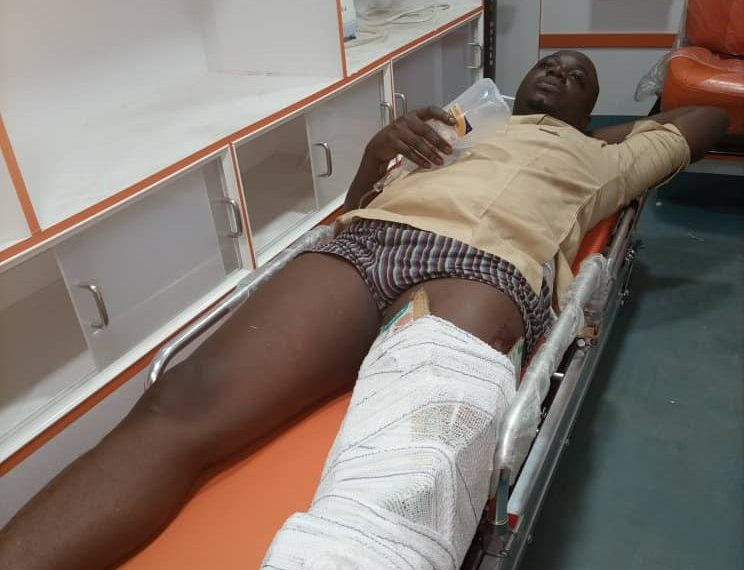 Some policemen reported to be on an escort assignment, over the weekend have shot two persons in a hotel in Ado Ekiti, the Ekiti State capital.

NEWSNAIJA learned that one of the victims, who was hit by a bullet in the stomach, was pronounced dead in a hospital and the second victim who was hit in the leg, was said to have been admitted for treatment.

A source said the incident happened when the policemen, numbering about five, attempted to give a retired senior officer compliment, another said the cops were in a joyous mood, chanting and shooting in the air when the two victims were hit by bullets.

Another source said, “The policemen came into the hotel with one retired senior police officer. They were up to five in number. As they were gyrating inside the hotel, they shot in the air. Two persons were hit by bullets in the process. Two of the policemen took the victims from the hotel in their Hilux van to the hospital.”

On realizing that one of the victims had died, the policemen were claimed to have, on arrival at the Ekiti State University Teaching Hospital, bolted, leaving the corpse, the injured man, and the van.

Sunday Abutu,  the state Police Public Relations Officer, who confirmed the incident, said the policeman, who fired the shots, had been arrested and was being detained at the command headquarters in Ado Ekiti.

The PPRO  however, said the cops were not from the state police command.

Abutu,  said, “We have established that there was a shooting incident at one hotel in Ado Ekiti. Two persons were hit and one is died, while the second man is receiving treatment. The corpse of the deceased has been deposited in a morgue.