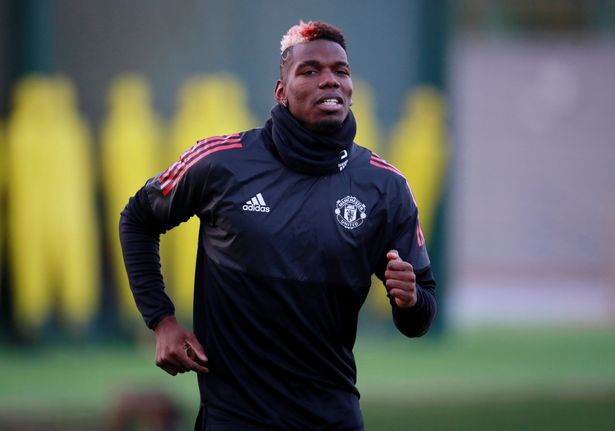 Manchester United’s board has offered Paul Pogba a whopping £500,000–per–week to persuade the Frenchman to stay at the club.

The new contract is significantly higher than what the club’s current highest earner, Cristiano Ronaldo, earns in a week.

became the club’s highest weekly earner, earning around £400,000 per week.

Manchester United isn’t giving up on keeping Pogba at the club, and they want to make him the highest-paid player at Old Trafford.

After rejecting contract extension talks, the midfielder is now in the final six months of his current deal with Manchester United.

The World Cup winner is now free to negotiate a pre-contract agreement with other clubs before becoming a free agent.

Pogba was expected to leave Manchester United last summer, but he did not receive as much interest from other clubs as he had anticipated.

According to the Sun, the owners of Old Trafford are willing to pay the French midfielder far more than any other club.

The three leading European clubs hoping to sign the France international next summer are Real Madrid, Paris Saint-Germain, and Juventus.

If he accepts the contracts, he will become the highest-paid player in Premier League history.

Pogba would be paid a base salary of £400,000 per week before add-ons and bonuses,

which is around £100,000 per week more than he is likely to be offered by clubs across Europe.

Despite the huge salary, United remain pessimistic about Pogba’s chances of staying and believe he will leave regardless.

United signed the 26-year-old from Juventus in an £89 million deal five years ago.

LIONEL MESSI NO LONGER THE GOAT AFTER LIVERPOOL DUMPS BARCELONA OUT OF CHAMPIONS LEAGUE.