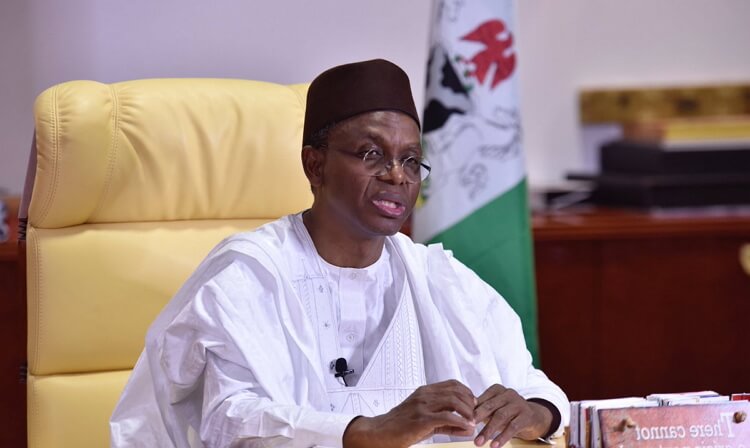 Kaduna State Governor Nasir El-Rufai has apologised to the people of Kaduna State over the recent killings of over 30 people in three local Govt areas of the state.

Over 30 people were reported to have been killed during attacks by bandits on six villages in Giwa, Birnin Gwari, and Igabi local government areas of the state on Sunday.

El-RUFAI admitted that the Govt has not given its best in dealing with bandits and insurgents in the country. He also apologised to the people as he paid a condolence visit to the affected communities.

“We are doing the best we can and we are hoping that this banditry will end soon because the security agencies are taking the war to the bandits. But as they close one area, they attack in another area. It is a vast territory and it is difficult to cover, but we are doing our best to minimise such incidents. You should continue to forgive us,” Mr El-Rufai told journalists and residents at one of the scenes of the attacks.

The governor reiterated his government’s decision not to negotiate with criminals.

“In Kaduna State, we have zero tolerance for bandits, we don’t give them amnesty and we don’t negotiate with them. It is our duty to wipe them out, and until we send them to their maker, the security agencies are taking the war to the forest and we are eliminating them,” he said. Source premium times.