E-MONEY DID NOT RECIEVE HONORARY DOCTORATE FROM UNILAG 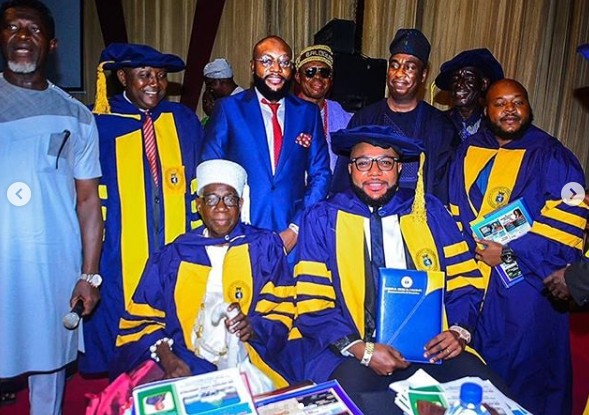 Bitcoin merchant Emeka Okonkwo, who allegedly received an Honorary Doctorate degree in Business management and cooperate governance from the University of lagos last week seems to be a social media stunt. In the letter addressing the issue, the University specifically states its official colour as maroon and gold as opposed to the blue E-money had on.

Read the letter below.

It is worthy to note that the afore-mentioned personalities are the only people who were conferred with these awards by the University of Lagos at the 50th Convocation Ceremonies, thus, any story stating otherwise is false and should be amended accordingly.
Thank you.
Signed,
Mrs. C. Taiwo Oloyede
Principal Assistant Registrar,
Communication Unit,
for Management, University of Lagos