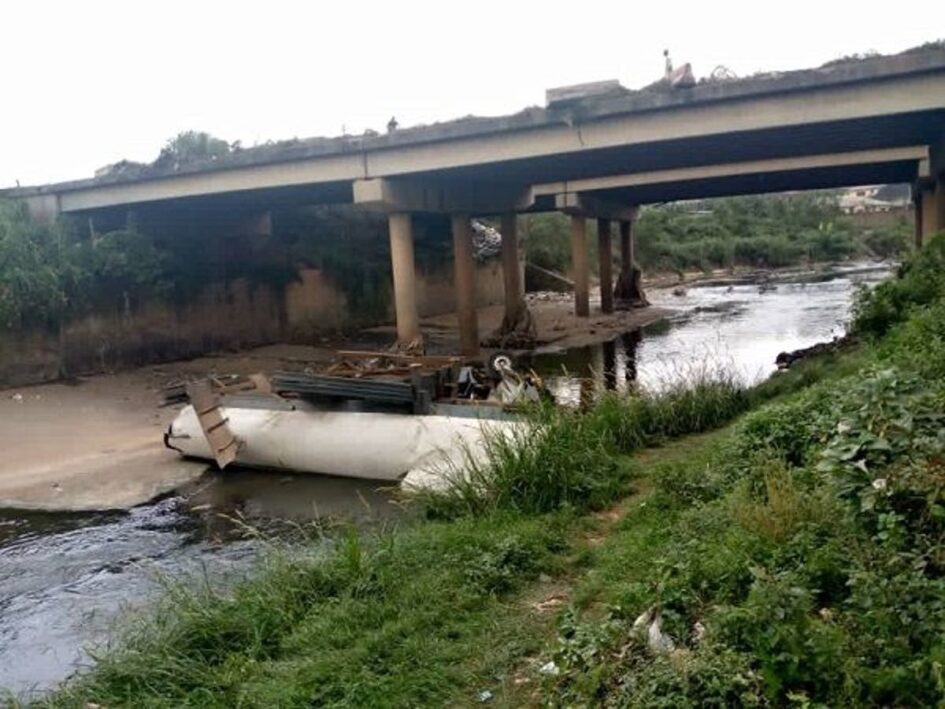 A truck driver identified simply as Taiwo aged 32  has met his tragic end after he fell from a bridge in the Kirikiri area of Lagos State and drowned.

Taiwo had reportedly parked a truck on the bridge on Wednesday to have fun, but he got drunk in the process.

NEWSNAIJA learned that while he was wandering on the bridge, slipped and fell into the river below and drowned.

Some people who were at the spot at the time reportedly tried in vain to rescue the man who lived in the Ifo area of Ogun State.

one Ibrahim was said to have reported the case at the Kirikiri Police Station owns the truck.

A police source at the station said that Taiwo’s corpse was recovered the following day.

The Police Officer said, “The deceased driver was reported to be drunk and did not know when he mistakenly walked to the tip of the bridge. He fell and people around the area tried to rescue him. His body floated on Thursday and was recovered.”

SP Muyiwa Adejobi, The police spokesperson in the state, who confirmed the incident, said Taiwo’s body had been released to his family for burial.

Adejobi quoted Hakeem Odumosu,   the Commissioner of Police, to have commiserated with the family and advised owners of trucks to always caution their drivers to avoid such incidents.