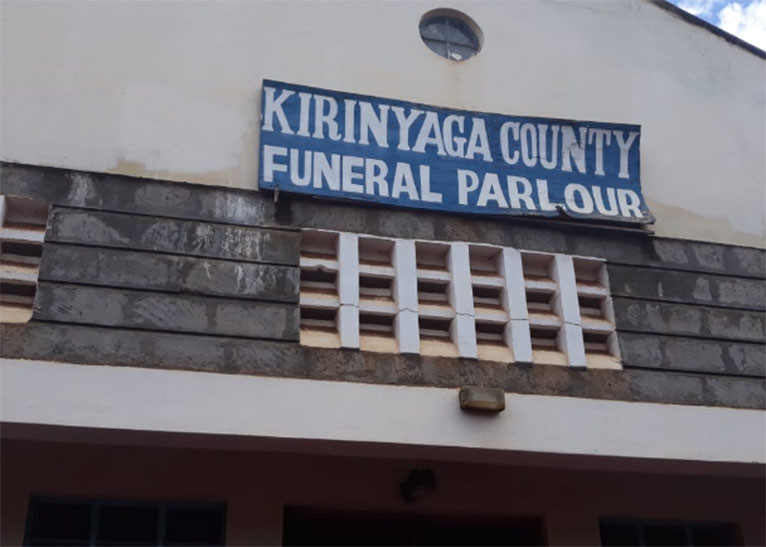 A mild drama ensued among four women at a morgue in kenya over the body of a man they each claimed was their husband.

The ladies who showed up to identify the body of the deceased were known as Janet Wambui, lydia Wanjiru, Susan Wakuthii; the fourth’s identity is yet to be disclosed.

The deceased, identified as Peter Mwangi Gichobi, is said to be a Taxi driver a.k.a boda boda rider, and he reportedly died in an accident which occurred at Nyangati-Embu road a month ago. The four ladies who fought over the body claimed that the deceased was their husband at the Kirinyaga County funeral-residence. It took the efforts of Cops from Kerugoya police post to separate the fiasco that ensued.

While the Morgue authorities states that the death certificate would be given to the deceased’s next of kin who was his uncle, Kanyekiini MCA, Harrison Ngiria, promised the angry ladies that they’d be included throughout the distribution of the wealth left by the person. It was learnt that the 32-year-old man had a son with each of the ladies.