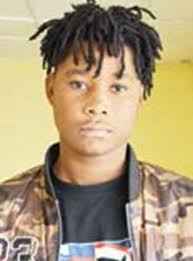 a disc jockey, identified as  Blessed Michael, was sentenced to six months’ imprisonment by Justice Mohammed Tukur of the Kaduna State High Court for cloning the Facebook accounts of a former Chief of Army Staff, Lt. Gen. Tukur Buratai (retd.), and the daughter of Aliko Dangote, Mariya.

Michael was said to have cloned the accounts to solicit money from people who sought enrolment into the Nigerian Army.

NEWSNAIJA learned that the DJ asked applicants to call a telephone number he added to the cloned accounts.

According to the Anti-graft Agency, the suspect was arrested when his victims alerted them.

Michael was arraigned on one count bordering on cheating by impersonation.

He pleaded guilty to the charge.

Justice Tukur convicted and sentenced him to six months’ imprisonment without an option of a fine.