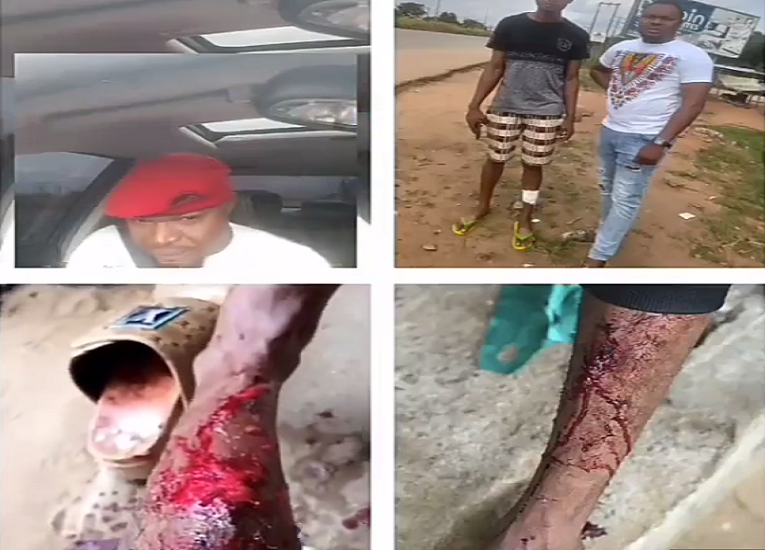 Delta State Police Command, SARS operative, has harassed and extorted a resident of the state identified known as Samuel.

Newsnaija gathered that the operatives attached to the Special Anti-Robbery Squad of the command, over the weekend, stopped Samuel and his girlfriend, who were on a motorcycle in the coca area of Asaba.

It was learned that the policemen dragged the victims from the motorcycle into their waiting vehicle and when Samuel and his girlfriend demanded where they were being taken to, the SARS personnel allegedly dealt machete blows on the man’s leg.

Harrison Gwamnishu, A human rights activist took to Instablog that the SARS personnel extorted the sum of N15,400 from the victims before they were set free.

The post read, “The SARS officers dragged him from the okada and forced him and his girlfriend into their car. The victims demanded to know where they were being taken to but the officers responded by using a machete on Samuel’s leg.

Gwamnishu, said “They seized his ATM card and forced him to disclose his pin and withdrew N15, 400 from his account. I’m calling on the Delta State government to please intervene by putting an end to the constant harassment and extortion Nigerians facing from SARS.”

However, when contacted Onome Onovwakpoyeya, the state police public Relations Officer, she said she would get back to our source but at the time of filing this report, she was yet to do as she promised.