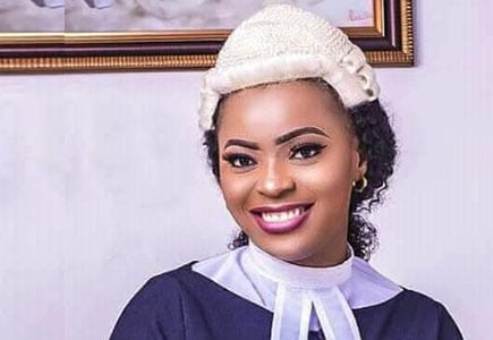 A pregnant lawyer, identified as  Nkiru Agbasu, was shot dead by suspected armed robbers on the Warri-Sapele highway in Delta State on Wednesday.

The Lawyer was said to be returning to Warri from Sapele when the incident happened.

NEWSNAIJA learned that the robbers shot at the car conveying the lawyer and she was fatally hit by a bullet and died before she could get help.

Agbasu, was said to be the only passenger, who died in the incident.

the Chairman of the Nigerian Bar Association, Warri branch, Chief Emmanuel Uti, confirming the incident to journalists said, “It is true.”

The NBA Chairman said, “She was on her way from Sapele. It was an armed robbery incident on the road and they shot at the car conveying her. She was hit by a bullet.

“We only got to know around 5 pm. So, maybe, it happened between the afternoon and the evening.”

However, DSP Onome Onovwakpoyeya,  the  Police Public Relations Officer in the state, could not be reached for comments as of the time of filing this report.