DELTA FATHER ARRESTED FOR LOCKING UP HIS TWO YEAR OLD SON,STARVING HIM 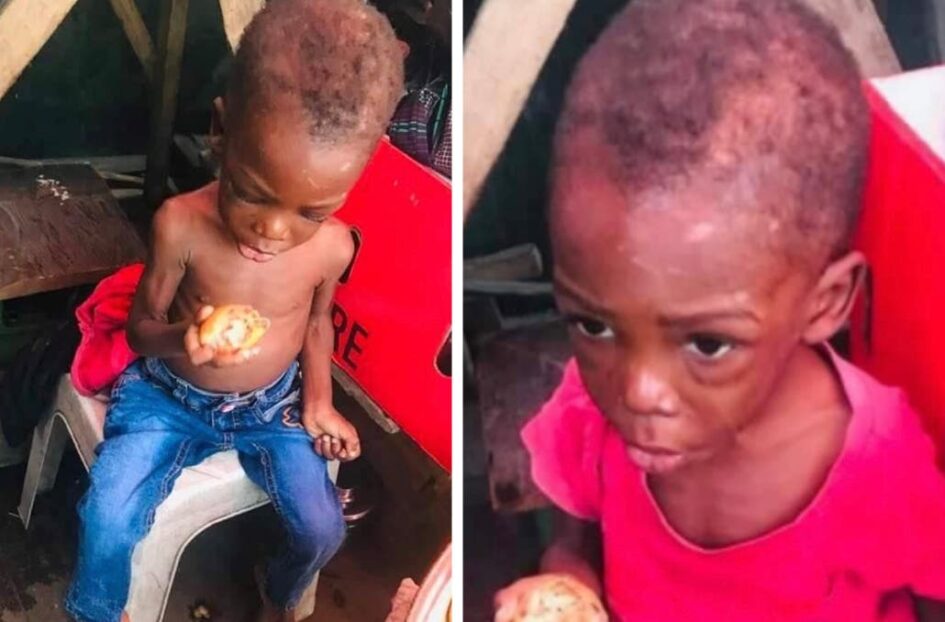 The Delta State Police Command has arrested a man simply known as Wisdom for allegedly maltreating, starving, and locking up his two-year-old boy in a dark room.

The son, identified as Zino, was said to have been maltreated by his own father and stepmother at No. 113 Okumagba Avenue, off Deco Road, Warri.

Victor Ojei, The Director-General, Young Nigerian Rights Organisation, told our source on Sunday in Asaba that the child was also being allegedly molested by the father and stepmother.

“They locked him up in a dark room and beat him up whenever he received help from neighbors. Neighbors were afraid that they might end up killing him.

“The police from the ‘B’ Division on Sunday morning arrested the father, Mr. Wisdom. We are also taking him to the family court before the end of this week. The victim is now hospitalized at Warri.

He said “I commend all the people, who assisted us to ensure that the man was arrested. We swung into action on Saturday evening and on Sunday morning, we got him arrested.”

Efforts made to reach DSP Onome Onovwakpoyeya, the Police Public Relations Officer in the state, proved abortive as she did not take her calls, and a text message sent to her mobile telephone as of the time of filing this report.

But Bridget Anyafulu,   the Executive Assistant on Girl Child to the Governor, said the Delta State Government was executing the child rights law, adding that the welfare of any child in the state remained paramount.

Anyafulu stated, “The child is in the hospital right now receiving treatment and we have to be sure that he is in a government hospital because the child is still under five and no payment will be made under the 0-5 free medical program of Governor Ifeanyi Okowa.

“If the family is defenseless is a different thing, because the state has a way of managing such weak families, but where adults decide to maltreat a child in Delta State, the government will want to find out why, because the life of that child is critical, whether the father is there or not. Every child counts in Delta State.

“We don’t want to hear that a child is suffering anywhere even if the child is living with the stepmother. It is the duty of the stepmother to be a good caregiver to that child.”